Quotations and aphorisms by Bernie Leadon:

I’ve been writing songs all along, and since moving to Nashville in the late-‘80s, I’d begun writing something like 15-20 songs a year, instead of the typical three or four in previous years.
~Bernie Leadon

I’d do a demo recording by myself, layering instruments on top of one another, and while that’s fun, it doesn’t have the same impact as getting some great players together in a great studio with a great engineer and producer, then waiting for the magic.
~Bernie Leadon 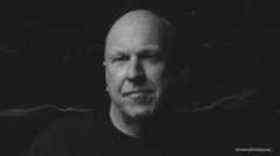